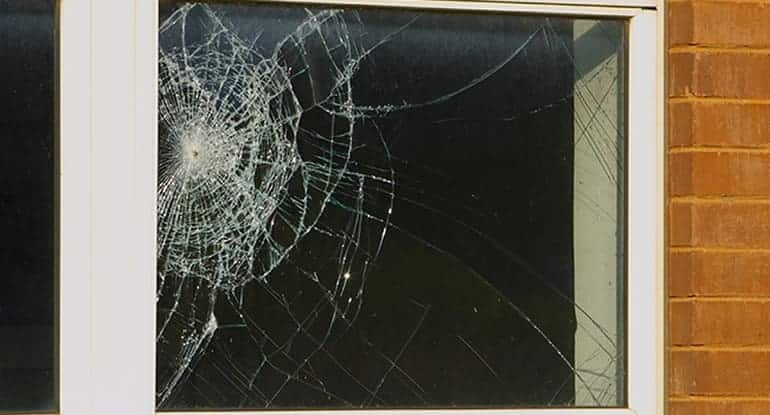 Schools across the US are turning to shatterproof window film for protection against armed intrusions and extreme weather events. Also known as safety window film, the product is now widely recognized as a cost-effective alternative to laminated glass.

The main factor driving schools to install shatterproof window film is the recent spike in high school shootings. In response to this, schools are now taking pro-active steps to secure their premises against physical intrusion – but this is challenging in cases where an intruder is armed with a gun.

A bullet can cause a pane of standard glass to shatter entirely, giving the gunman an easy point of access. Shatterproof window film doesn’t make glass bulletproof, but it does hold the pane together, even after the glass itself has broken.

Clearly, the aim isn’t to make school buildings impenetrable – that level of security is completely impractical, but implementing measures like safety film could hold off an attacker for long enough to allow a life-saving police response.

While high school shootings have been heavily publicized, the statistical risk is still low, and extreme weather events remain a more probable threat. Tornadoes and hurricanes both present a serious risk to schools, as well as other buildings – both public and private.

Many buildings that escape major structural damage still suffer from broken windows. When strong winds shatter a windowpane, they send showers of razor-sharp glass into the building at high velocity; a danger that was clearly demonstrated during Wisconsin’s most severe tornado outbreak, in 2005.

Shatterproof safety film mitigates this threat by holding the pane together and keeping it in-situ within the window frame or door.

How Safety Window Film is Installed

A typical installation would see the film applied to the windows throughout a school. From a security point of view, the priority tends to be exterior windows and glazed doors – but for optimal protection, the film can also be applied to interior glass.

The installation costs a tiny fraction of the price of new laminated glass. As an example, a recent, site-wide installation at a large school came in under sixty-thousand dollars, and many schools are able to secure funding through state grants.

Safety window film bonds to the underlying glass with a high-strength adhesive. This turns a brittle pane of glass into a barrier that’s far harder to penetrate. The glass can be broken, or even shattered, but the presence of the film means the individual shards are held together, maintaining a physical barrier.

The film is completely clear, and doesn’t darken or color the glass, but it does achieve a UV-reduction rate of up to 99%. It also reduces heat buildup during summertime – and can reduce the power needed to cool a building by around a fifth.

Safety window film is recognized as an ideal cost-effective alternative to laminated glass, since it allows existing windowpanes to be upgraded, rather than replaced. Against a backdrop of increasing threats – both man made and natural, the product is viewed as the security solution of choice for schools, colleges, nurseries, homes and offices.